A selection of CD label designs, showing 4 albums in the top row, with collaborations and 3 demos below.

This album features 6 new and 8 ‘best of’ tracks from albums such as Raison D’etre, Reasons 2B, & Interwoven.

Whilst working on gathering tracks for the ‘Extracted Passions album collection, my Latest song ‘Go Steady’ was recorded in the lust4luv studios & has since been perfomed live acoustically remixed & had radio airplay..

Again using the above equipment plus a Zoom Fx electric guitar pedal. A Fender Squier Strat Electric guitar & Vocals. This album was created in Nottingham/Cornwall.

All Sound, styles parts of some tracks were recycled ideas throughout every album are interwoven & captured on this one.
‘Satiate’ being our first studio produced cover version remix of Erik Satie’s Gymnopedie

I also experimented with my Fx pedals preset beats & played Electric guitar around them, which was then recorded into Cubase.
The keyboard with delay fx played in the time signature of 4/4 beats, I thought gave Lowkey an overall R&B rhythm sound.
Chilled sophisticated music that mixes acoustic instruments like guitar, piano and cello with electronic dance beats, basslines, synths and strings.

I was contacted by various music Producers & Dj’s whilst promoting producing my music through online social networks such as MySpace & facebook & The Lust4Luv website.
My Vocals & songs were remixed or i sing & wrote lyrics for their productions. I emailed my song & vocal files. Which are then promoted through their pages profiles, social networks & my website. Also whilst performing my Demo tracks live at Open mic nights I did live jam recordings & open mic with collaborations around my Demo tracks.
A collection of various remixes and cyber collaborations done locally or internationally via MySpace & other online social networking 2006-2013. 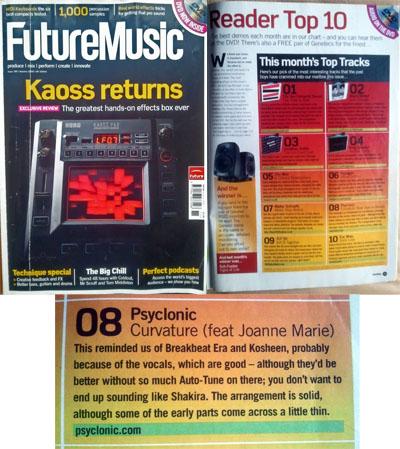 Was a branch off the Reasons 2B album, containing a collection of tracks that were experimental ideas & reworks.

I also used Sound Forge to edit & process my vocals which were then keygrouped as a sample & triggered on the keyboard, as well as inputting notation into the matrix sequencer with added reverb. The name of this album signifies both the english equivalent of Raison D’etre and the use of Propellerheads Reason software.

I then created a textured electronic lush soundscape of layered synthesis & vocoders. Inspired by the online music generation MySpace, various tracks were promoted with great feedback with ‘Find me’ being popular, as well as other music collaborations online (see Pink Logik).

This album is distributed internationally through Cd Baby and is available to buy via iTunes, Amazon & Google Play.
Numbers, Faster, Input, Go –
Edit, Translate, Beat Too Slow
The track Cyber Babe off this album is performed live acoustically.

Another album created in Cornwall, with use of cubase send fx.

Containing a combination of song structure, chord progression arpeggiator Melodies, enabled my songwriting & lyrics. Reversed guitar timed to beat matching & basslines which captures a unique fusion of edgy electronic rhythms, acoustic vibes and meaningful lyrics continues to provide the soundtrack of a journey through life & Cyberspace into the new millennium.

Various tracks were promoted with great feedback, as well as other music collaborations online.

This album is distributed internationally through Cd Baby and is available to buy via iTunes, Amazon & Google Play.
A crossover genre of beats & guitar.

The name for this album symbolises the metaphor of sound waves & ocean waves.

Being inspired by the ocean, african drumming workshops, I began to learn the guitar incorporating it around my singing as played sample snippets of my guitar which was recorded, with added synths beats & basslines, staying true to our Nottingham city roots. Using a digimax camera & experimenting recording ideas & picking up background conversations, vocals were recorded as samples throughout on various tracks & time-stretched & backwards reversed. Vocals were also used from Bill Withers Ain’t no Sunshine & the film Hulk on the track ‘When She’s Gone’.

Also I arranged my Digital Artwork images through Arkaos VJ software which was then played/triggered recorded in time to the music, it was saved onto a DVD & played using a laptop, creating projected images for an juxtaposition of both music & audio visual experience.The tracks ‘Voice’ & ‘Tryangle’ were performed at The Visionary Art of Sound community centre with fantastic feedback.
A symphonic journey organically blending the beauty of nature and the power of technology.

The track ‘Tongue me’ was entered in the NME discs jury competition in Nottingham with great feedback.

‘First Luv’ was one of the first albums by an unsigned artist to sell via the internet after being accepted onto the PeopleSound label, who gave us a £100 advance. Sadly this label no longer exists after being taken over by Vitaminic.
See this Sound On Sound article for more information.

This album was also performed at The Solar Eclipse music festival in Cornwall 1999.

A headset mic, a video to sample & record in Soundforge from tv such as Star Trek an episode where she says “I think you’re confusing Lust with Love”, he says “but it was the best times of our lives & you know it”. That was where the inspiration for our duo name ‘Lust4luv’ came from.

Also speech sampled from the film ‘flatliners’ composed around our basslines & beats which was performed as part of a clarendon college (NCN) / square center studios project.